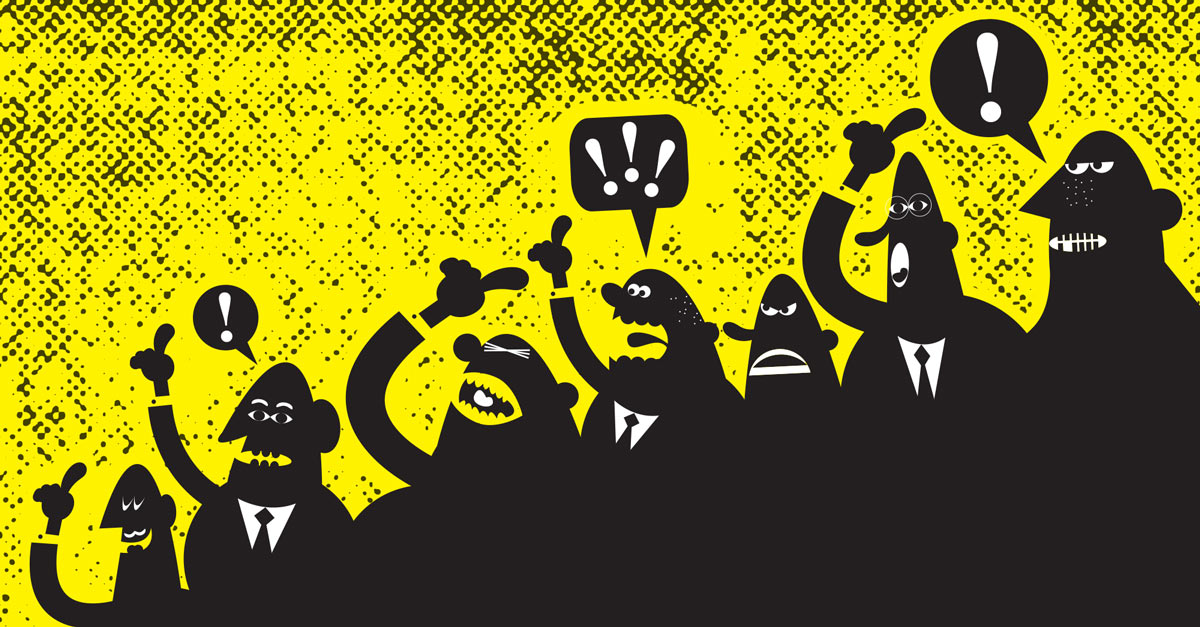 You know those viral YouTube dad reflex videos?  The ones where a father, seemingly unaware, nonchalantly saves his child from a runaway wagon, malfunctioning swing set, or outrigger canoe…all without spilling a drop of his beer.  That is my approach to conflict resolution.  When I find myself staring down the metaphorical barrel of an accusatory pointer finger, I take a breath, relax, and just let my mediator reflexes kick in.  That is what I’m doing this morning, Tuesday, November 4, 2020.  The morning after (a very long, and unsatisfying) Election Night.  A day wrought with emotion, combativeness, and misinformation.  Like nearly 140 million of my fellow Americans, I participated in yesterday’s election.  In the months leading up to the election, I digested all the forecasting models, listened to the experts tell me the term Election Night is a misnomer, and Election 2020 would make Election 2000 look like a walk in the park.  However, I still woke up this morning with equal parts anxiety, skepticism, and frustration; clamoring for a decision that I knew would not come for at least several days (or even weeks.)  So I did what any good professional neutral does.  I leaned into the potential conflict and let my mediator reflexes take over.

Unlike dad reflexes, which must be some type of Darwinian survival instinct, mediator reflexes are not some preternatural ability. For the most part, it’s a learned skill.  It is conflict-savvy muscle memory that takes years to perfect; but in the spirit of community, I’d like to share a few helpful everyday conflict resolution strategies that I use in my mediation practice that will hopefully help you navigate the post-election conversational grenades that are sure to be lobbed your way as the days and weeks pass.

Remember, we were all on the same team at one point – If you find yourself in a confrontational situation with an individual, remember that somewhere in the not too distant past, you shared something in common with that person.  Maybe you are family members, co-workers, college roommates, neighbors, PTA members, soccer moms, etc.  Something you found valuable brought you together.  Chances are that thing is still a prevalent part of your life.  You’ve got to weigh the cost to benefit of letting emotional, unchecked discourse ruin that relationship.

If, after careful examination, you realize that your connection to this person is cursory, then what do you have to gain from mixing it up with them?  Just let it go.  Do not engage on that level.  Keep the relationship on the surface where you can both navigate the shallow waters of pleasant conversation without substance.  The world will be ok if you choose not to convert the Facebook friend you acquired twelve years ago when you were on that liquid cleanse that cost you $129 for 3 days of celery juice.

Break the ice – The most valuable tool I have as a mediator is my opening statement.  It’s the point in the mediation where I set the table, providing the adversaries with a set of mutually beneficial expectations and ground rules.  My greatest weapon during the opening statement is humor.  A few jokes or light hearted observations (always at my own expense) help disarm the combatants and depressurize the room, reminding us that we are not that different after all.

Here is the key:  You do not need to be John Mulaney to break the ice.  You just need to be sincere and genuine.  To that point, sarcasm does not work in conflict resolution.  Neither does passive aggressiveness veiled as humor.  So leave your Bill Burr schtick for your fantasy football group chat.

Listen more than you speak – There is an old saying: If you are explaining, you are losing.  That is because the most effective tool in conflict resolution is understanding the position of the other side; and the only way to do that is to listen.  Only then can you truly understand the obstacles that both you and your adversary are up against.

But here is the hard part: Remaining silent is not the same thing as listening.  When the other person is speaking, resist the temptation to use that time to formulate your argument or develop a retort for a cherry-picked portion of the conversation.  If you are confident in your position, you do not need to deconstruct the argument of the person on the other side of the conversation.

Take the conversation offline – After my opening statement, the caucus is the single most valuable tool in resolving conflict.  Those who are not familiar with the mediation process, the caucus is a tool unique to settlement negotiations with a professional neutral.  It allows for ex-parte communication between the mediator and one of the parties.  The simple act of removing the parties from the same room in order to have an independent (and sometimes candid) conversation does several things.  It instantly defuses tensions that could otherwise derail attempts at reconciliation.  More importantly, it provides each party with some safe space, giving them the feeling that they have gained control of the situation.

If we are being honest, the overwhelming majority of political-infused conflict that we may find ourselves embroiled in over the next few days, weeks or months will be of the online variety.  Someone will take the bait of a troll and fire off an emotional response to a half-baked statement.  Then they will sit and wait impatiently, refreshing their browser with boxing gloves on, waiting for a response that will give way to a series of misguided jabs that do nothing more that deepen the divide that is already present.

So, if you are feeling strongly about a subject or wish to seriously debate the position of a Facebook friend, suggest that you two connect via phone to discuss the matter further.  If you do not have the person’s number or do not want to put the time and energy into an actual conversation, then what do you care what their political leanings are anyway?  It’s probably just best to let it go.

Agree to disagree – Something like 99% of all private disputes get resolved through some formal/informal resolution settlement discussion.  Based on my personal experience, this number is spot on.  People do not want to exist in a conflicted state.  They want homeostasis.  It’s biology.  That is why disputes have such a high rate of negotiated settlement.  Not because the deal is too good to pass up, but instead, the conflict is too difficult to litigate (either literally or figuratively).  So, when I find face-to-face with a potential impasse during mediation, I remind the parties that, based on my experience, the most beneficial aspect of a negotiated resolution is the ability to walk away and leave the conflict behind.

During my time as a conflict resolution professional, I have never had an individual come back to me and express regret that they walked away from the conflict.  However, almost every one of the parties involved in mediated resolution expresses their gratitude for my role in helping them put the conflict behind them (regardless of whether they were on the winning or losing end of the settlement).  So, when you find yourself in a conversation where immovable opinion meets an irresistible position, do yourself a favor and simply agree to disagree.  Ending the conversation and cutting your losses is much less burdensome than carrying around the emotional baggage of conflict for days/weeks in the hopes of scoring a potential win.

That’s it.  Five simple steps to navigating the post-election malaise.  Of course, if that doesn’t do the trick, one-way plane tickets to Panama are going for like $50 a piece.

Good luck America.  You got this.

1 thought on “A Mediator’s Guide to Post-Election Conversations”