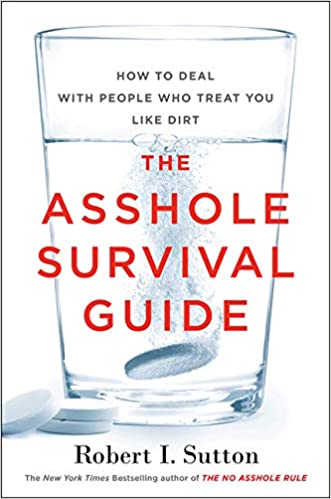 A Bully Walks Among Us: How to Deal With an Overly Aggressive Litigant.

One of the very first archetypal characters we experience in life is the bully.  At some point in our childhood, we have all had experience with an overly-aggressive individual who lacks empathy and projects his/her weakness on to others.  Luckily for most of us, our experience with bullies ends around the same time we stop playing on playgrounds or eating meals on styrofoam trays; however, bullying is not a problem that simply disappears once we leave the schoolyard.  In fact, nearly one-third of Americans feel the negative effects of adult bullying, a troubling trend that is becoming more and more prevalent in both personal and professional settings.

If you have noticed that aggressive discourse and lack of respect seem to exist in a self-perpetuating cycle, you are not imagining things.  Robert Sutton, a professor of management science at Stanford University and author of The Asshole Survival Guide: How to Deal With People Who Treat You Like Dirt, points out that such destructive behavior is more contagious than good behavior.  With the prevalence of individuals (including our politicians and televisions pundits) who traffic in disrespect and divisiveness, it is no wonder that we have an alarming increase of anti-social behavior among adults in places where refinement was once our standard operating procedure.  Places like the courthouse.

As a professional mediator, I benefit greatly from the standard of decorum that judicial procedure provides.  I get to use such well established norms as the bad cop to my neutral cop.  (“Yes.  I understand your frustration.  However, the judge would not tolerate such language, so we should not use that language here.”)  Falling back on such deportment allows me to maintain neutrality and continue to guide even the most reluctant litigants toward the realization of their practical options instead of being a congeniality traffic cop that keeps setting and resetting boundaries.  However, over the past two to three years I have seen a disturbing increase in the number of litigants who dispense with civility and attempt to adopt aggression and inflict emotional pain as a type of legal strategy.

These individuals are bullies.  They attempt to intimidate anyone and everyone involved in the mediation (including their own attorneys) by interrupting, providing ultimatums, and making legal conclusions that swim in post hoc fallacy.   Whether these individuals feel empowered by the political climate we now live in or are just simply too naive to realize that might does not make right in a mediation, their presence in settlement discussions is disruptive.  Therefore, you need to develop a strategy to deal with such behavior.

First, don’t take it personally.  Whether the bully act is a sign of a flawed personality or merely a misguided attempt at strategy, do not fall victim to the ploy.  Bullies thrive on weakness and direct their attention to those that pose a threat to them.  Do not provide them with that opportunity.  By maintaining composure and establishing neutrality, you appear both strong and non-threatening.  A bully has no power over such traits.

Secondly, set the hierarchy.  The best way to deprive a bully of his/her power is by establishing the proceeding’s hierarchy from the outset.  I find the best way to establish the hierarchy is to make it appear that there is no hierarchy at all.  Explain that a mediation is a conversation.  All participants will be on equal ground, and everyone will have the ability to have their say.  By declaring that all voices are equal, you have done two very important things:  1) you’ve actually established your authority by the mere virtue of setting the ground rules, while 2) simultaneously removing the bully’s perceived superiority by declaring that their opponent is their equal.

Thirdly, speak in communal terms.  As part of my facilitative style, I tend to approach things from a communal perspective, as it tends to break down barriers and requires participants to reframe their relationship to one another and the situation.  I find that the use of language that creates ties or responsibility to others in the conversation (ie our, we, us) is even more important in a situation where one of the parties has adopted an overly aggressive and superior tone.  A calming approach and deliberate language is important in any mediation, but it is a necessity in a mediation featuring a bully.

Fourthly, take your time (and theirs).  The greatest leverage I have as a mediator is the fact that I control the clock.  Sure, a participant in a mediation can call off the proceedings by simply saying “This mediation is over.”  However, the thing about bullies is that they perceive backing down as a sign of weakness.  Therefore, it is my experience that bullies will not waive the white flag prematurely.  A bully will frequently deride the process by claiming that mediation is “a waste of time” and that they “are very busy”; however, I’ve have never had a bully declare that we’ve reached a point of impasse; and until they do, I’m inclined to keep working toward resolution, even if it is one painstakingly slow step at a time.

Finally, punt!  Do not be afraid to end the mediation and send the case to trial.  Even the biggest, baddest bully knows better than to try their act with a judge.  While I know that it seems very off-brand for a mediator to say “let’s just go to trial,” I assure you that it is not.  The most powerful tool that a mediator wields is his/her ability to send a case to trial if the parties fail to play by the rules.

Then again, if all else fails you can always vote your bully out of office.