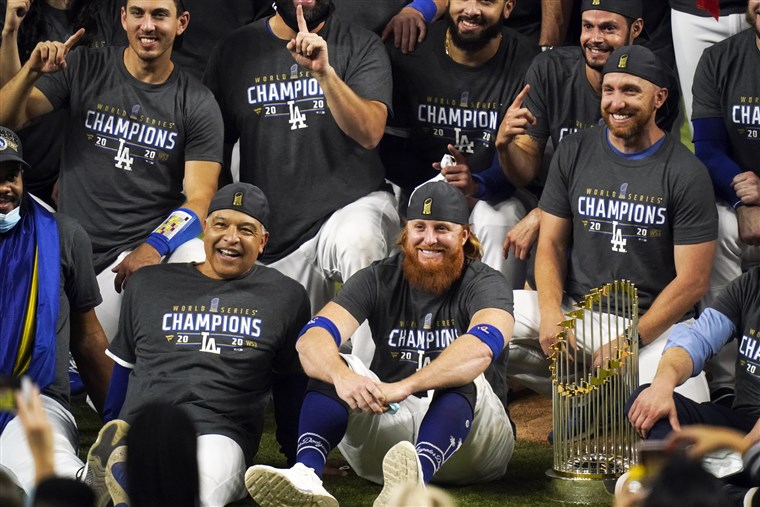 Thank you, Justin Turner!  You helped the Dodgers win the World Series, while simultaneously reaffirming my skills as a mediator (as well as my unwavering conviction to doing the right thing.)   Now stop being so reckless and put on your mask before you hurt someone.

As a professional neutral, there are two things I check at the door when I walk into a mediation.  The first is my coat.  The second is my ego.  Other than that, everything else is fair game.

The most popular preconceived notion about mediators is that we are programmatically devoid of emotion, personal experience, or bias.  Nothing is further from the truth.  In fact, I use all three of these seemingly negative traits to my advantage.  They are valuable tools in the mediator’s toolbox; and as a skilled conflict resolution craftsman, it is my responsibility to master the role of each implement during a mediation session.  As it turns out, these tools are also valuable in everyday life, especially when your personal ethos is tested.

By way of full transparency (another valuable tool I keep handy in the aforementioned toolbox), I was rooting for the Dodgers to win the World Series.  I always kinda root for the Dodgers.  Nominally, I’m a Yankees fan, but any sense of blind allegiance to NYY went out the window in 1990 when George Steinbrenner sicced Howard Spira on Dave Winfield.  Then again in 1995 when Don Mattingly retired.  Then again in 2004 when they traded Alfonso Soriano for Alex Rodriguez.  Then again in…well, you get the picture.  But my grandfather was a Dodgers fan.  A Brooklyn Dodgers fan, but he kept his allegiance when they went west because he was from New Jersey and back in those days Brooklyn was theoretically as far from Jersey as Los Angeles was, so what was the difference of where they hung their hats.

Being from the Jersey Shore, I grew up equidistant from New York City and Philadelphia, so I had a bit of a tie to both metro areas.  Because of the proximity (and cheaper parking), my family would see a handful of Phillies games every summer, including anytime the Dodgers would make their way east to the old Vet.  The memories are vivid.

In addition to the nostalgia, I have always admired the way the Dodgers are run.  From Branch Rickey to Walter O’Malley to Tommy Lasorda to Magic Johnson, I admire the way the organization has solidified their place in history by blending tradition and innovation.  So yeah, I’m biased.

That bias almost got the best of me on Tuesday morning.  Almost.

It wasn’t until the next morning did I read about the absolute debacle that was Justin Turner’s positive COVID test and subsequent actions.  (Ed Note:  Everyone blew that one.  MLB. Turner.  His teammates.  The Dodgers organization.  But this is a self-reflection on a mediator’s relationship with bias, not an editorial on unacceptable pandemic behavior and the role we must all play to get society back to normal.  Definitely not an editorial.)

When I saw the picture of Turner sitting front and center, sans mask, I was utterly appalled.  My mouth was literally agape.  I couldn’t believe it.  Like any good sports fan, I didn’t want it to be true.  So, I started to rationalize it away.  I struggled to get comfortable with it, so I didn’t have to criticize something I found valuable (especially during a time where we have been deprived of so many valuable things.)  I quickly ran through a series of possible explanations:

I ran through a mental checklist looking for ways to explain away his behavior.  When that did not work, I started to create reasons to forgive his behavior.  And I may have gotten to the point where I let my individual preferences and personal experiences cloud my judgement; however, as a trained mediator, I saw my bias knocking on the door, begging me to forgive Justin Turner and explain why his behavior was not abhorrent.

As I was struggling to reconcile the whole Celebrategate situation, my girlfriend woke up, saw the picture, and immediately proclaimed, That’s outrageous!

I instantly agreed.  There was no other position a person could reasonably and rationally make.  An individual, who tested positive for a disease that has infected 9 MILLION individuals in the United States, killing nearly 230K, shunned his responsibility to protect those around him and instead posed for a maskless picture with his teammates, including his cancer-surviving manager.  No amount of nostalgia could lead me to another conclusion.

Here is the thing.  I’m not a bad person for attempting to rationalize Turner’s behavior.  I’m not even a bad mediator.  In fact, this whole situation proves I’m a pretty good mediator.

Bias exists.  It’s not my role as a mediator to wish it away or cover it up.  If I do that, I am not only doing the parties a disservice, I’m doing myself a disservice as well.  By recognizing, owning, and dealing with bias whenever it presents itself, I provide myself with the valuable opportunity to step back, ground myself, and reset my neutrality.  I may have to do this once, twice or ten times during a mediation (or any conversation for that matter); but, everytime I do it, I become a more valuable participant in the conversation.

So, whether you are a professional neutral or a rabid sports fan, there is no need to check your bias at the door; but there is a requirement to recognize, own and deal with it.

And there is a requirement to wear a mask!  Especially you Justin Turner!